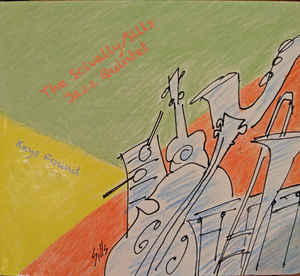 “This recording is mostly of original pieces performed by an acoustic jazz quintet/quartet. The style is steeped in the tradition of jazz but looks to the future. The disc features David Sills on tenor sax and flute, Isla Eckinger on vibraphone and trombone, Riner Scivally on guitars, Zac Matthews on bass and Dean Koba on drums.”